For North Americans New Years means watching the ball drop, wearing black and gold, drinking champagne, and kissing at midnight. In Ecuador, the New Year comes with many unique traditions that are far different than we are accustomed to. After a conversation with a local, I discovered how Ecuadorians ring in the New Year and I found it really fascinating.

First off, you may notice in the weeks leading up to New Years that all the markets in Ecuador and the street vendors are selling these large scarecrow-like figures with human faces. They are made by stuffing old clothes with sawdust or with paper mache. They are normally important figures from the past year or political figures, but there’s also fun cartoon characters, men and women in the neighborhood or villains. These are not piñatas, but what they call Los Año Viejos or “the old years.” They make these effigies to burn at midnight on New Years Eve to symbolize getting rid of someone bad in the past year and to start a fresh new year. We saw them all over the country leading up to NYE and were confused as to what they were until we asked. 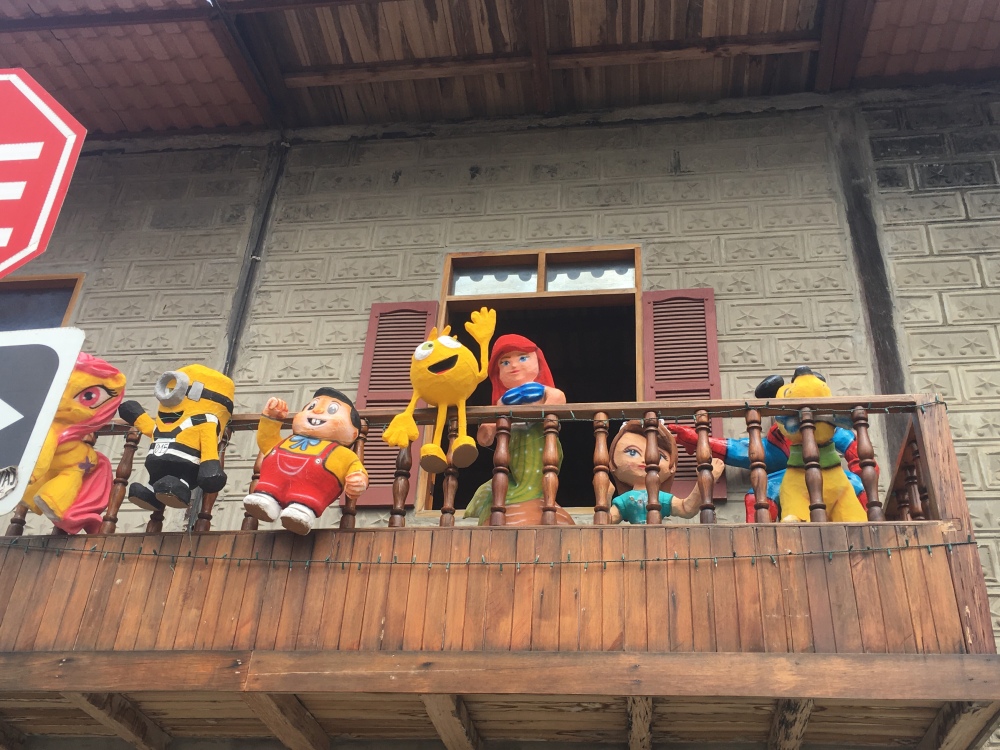 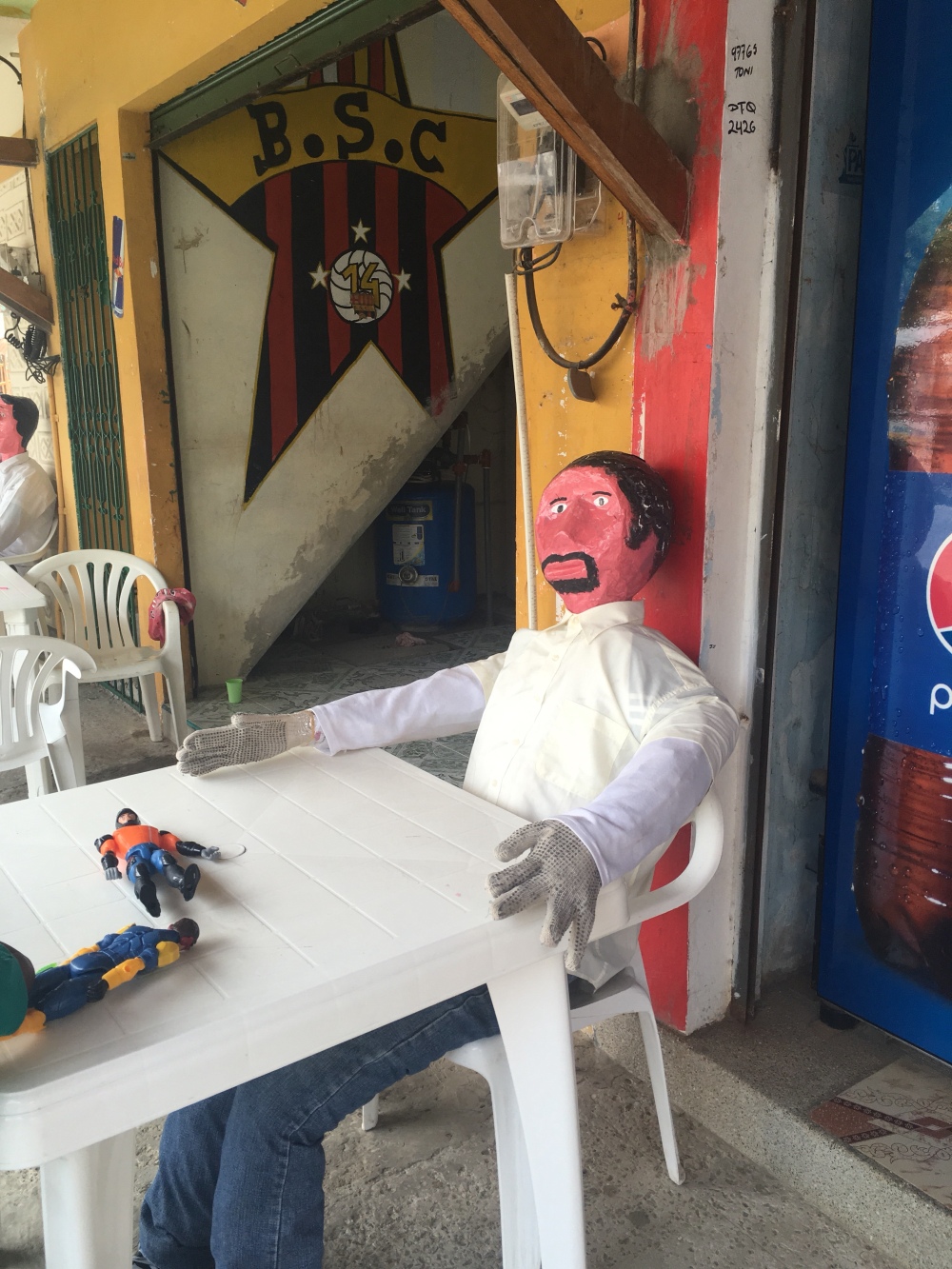 Another tradition our local friend told us about was the eating of grapes. The tradition goes like this: at 12 seconds to midnight you eat one grape for every second. For each grape you say the 12 months of the year and make a wish. At midnight you either spit them all out, because you can’t hold them all in your mouth or you swallow them. This is supposed to bring good luck to the New Year. We saw the produce shelves lined with packets of 12 grapes each, but sadly we didn’t buy them.

As far as the way they dress, it is very different than our black and gold tradition. Instead they all wear white for starting the new year with a blank slate. They also believe if you wear yellow underwear it will bring you prosperity in the new year. Red underwear will bring you love.

Men are also known to dress as women and wear bright colored wigs and beg for beer money. They call this tradition the “Viudas”- the widows of the men burning in flames. Everyone plays along and gives them money.

If you are planning a trip in the new year, you are supposed to run around the block with your luggage. This will ensure you have safe travels and that the new year brings you adventure. I’ll definitely remember to do this one.

We spent New Years Eve In Montanita, Ecuador on the beach. The streets were packed with Ecuadorian tourists and foreigners all wandering around with drinks in hand. The beach vibrated with the beats of reggeaton and erupted with bright fireworks. People lit paper lanterns and sent them soaring into the sky. It was an international party with people all sharing their New Years traditions together.

Ecuadorian families and couples wore flowy white clothing, American girls wore tight black or gold dresses. People counted down to midnight in many different languages. Everyone celebrated together and shared the same joy of letting go of the past year and welcoming the new one. At midnight, fire dancers spun flaming sticks, fireworks lit up the sky, and everyone rejoiced.